10 Things You Should Be Watching On Hulu 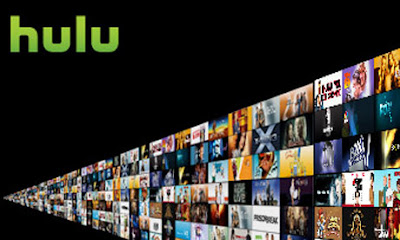 Who has time for Television? The restrictions of dedicating yourself to 60 minutes on a couch at a specific time each week. I can’t do it! Why are you looking at me like that? I really can’t.

So now you’re going to say “Don’t you have a DVR Bill? Can’t you just record shit and watch it later?”

It’s a clusterfuck in there. My DVR isn’t smart enough to only record things I haven’t watched yet and loads up with crap I have to sit through for 5 minutes before I’ve realized I’ve already seen it.

My family is already worried about all the episodes of Hoarders I’m storing. I’m meaning to watch them. I will delete them later. (Is this joke too much of a thinker?)

Anyhow. I’ve been saying for years that if you want me to watch your stupid (or awesome) show then you better put it on Hulu for my viewing pleasure. Lucky for people like you, some executives actually listen to me.

So I’ve created a list of shows that you should be watching on Hulu instead of working. Here they are in my awesomatic opinionated order.

10. PEEP SHOW – (Show Page) I have a bit of love for British humor. This show cuddles my heart and make me kettle corn. Peep Show is filmed through the eyes of their characters. It’s funny, quick and won’t go over the head of an American audience. Mark and Jeremy are friends, roommates and completely inept in social grace. 36 episodes that will make your work day a little less painful. Watch it dammit!

9. DREAM ON – (Show Page) I may take some heat for this one due to the fact that it’s the edited version and only the first few seasons. But if you enjoyed this back in the day, then there is just enough to restore the show’s goodness. Though if you have it on DVD, then watch it instead… and invite me over.

8. DANA CARVEY SHOW – (Show Page) I honestly don’t understand why this show only lasted 6 episodes. Dana Carvey may have been too over the top for prime time but the breakout performance of Steve Carell, Stephen Colbert and Robert Smigel were them at their best. Watch all, wash hands, repeat.

7. THE TICK – (Show Page) Only 9 episodes but honestly, that’s all you need. It’s the big blue superhero brought to life by actors who almost seem to know it was over before it started. Spppppooooooooooooooonnnnnnnn!

6. SQUARE PEGS – (Show Page) If you want to know what school was like in the 80s… well then don’t watch this show. But do you want to see Sarah Jessica Parker before she was transformed into a shiny mannequin and some awesome 80s fashions, then this is for you. Yay for cleavage.

5. ARCHER – (Show Page) Fairly new to television but already captured episode awesomeness. It’s not just because I have a friend who works on this show either. Archer captures the cheesy of Bond movies and hands it to you with a shiny bow.

4. SNL DIGITAL SHORTS – (Show Page) One of the best things about the internet is only having to watch the funny SNL skits and avoiding anything that has the kid from Good Burger in it. But I’ve yet to watch a Digital Short that didn’t make me hate Andy Sanberg’s talent. Yes, that’s jealousy talking. Where is Tonya Harding when you need her?

3. SPACED – (Show Page) The concept of two people having to fake a relationship to be roommates might be a little outdated, but the awesomeness Edgar Wright and Simon Pegg bring to this short lived British sitcom will live forever. When I heard they were making a US version with out the creators of the original I was sad. When I heard it was horrific and would never see the light of day after production, I felt relieved. These are the same guys who brought you Hot Fuzz and Shawn of the Dead. How could it NOT be incredible?

2. LOUIE – (Show Page) I honestly had no clue how talented Louie CK was until I watch this series. The good news is it’s brand new and the Hulu page should flourish. I can watch the scenes with Ricky Gervias all day (in fact I think I did).

1. THE OFFICE UK (Show Page) – Well I still get a little hate mail for a blog post I wrote about THE OFFICE UK vs THE OFFICE US. But I stand firm in my assessment. The US version just don’t hold up. Hulu is going to back me up on this by offering the entire series online. So until you’ve watch the whole thing… go away.