50? Just 50 things? There’s obviously more but so little time. Want them in a nice little video? Then watch the video I made right here.

Need more? There is so much goodness on the interwebs. Will you ever have time to see it all? Well, I’ve bundled a gaggle of it together to save you from the googling required. This list will make you a better person

50. All Your Base Are Belong To Us

This uber famous text that was taken from the opening cut scene of the 1991 European Sega Mega Drive version of the Japanese video game “Zero Wing” by Toaplan which was poorly translated by Sega of Europe. Though not the only case of bad translation on the Internet, it is definitely the most famous.

Ah Sweet Cuppin’ Cakes, this is one of the last remaining Flash animation sites and one of the most popular websites still today. Homestar Runner launched on January 1, 2000 and introduced us to Homestar, Strong Bad and several other characters. If you’ve just started viewing these, you’ve got one heck of an archive to watch. Don’t worry. We’ll wait.

This has 125 million views and counting. Try to watch this video and not be smiling at the end.

Is your husband or boyfriend playing too much World of Warcraft? Perhaps they should see Dr. Sokol and turn their regular life into the game.

Bonsai Kitten was one of the first Internet hoaxes, and it showed visitors how to grow a kitten in a bottle in the same fashion to a Bonsai tree. Though the site no longer stands today, you can catch the mirror site here, and keep your kitty little forever!

This might be one of the most painful sportscasts you’ll ever see. It’s completely worth the torture to witness that amazing catchphrase “Boom goes the dynamite.” College student Brian Collins agreed to sit in for an ill reporter at his school in Waco, Texas and learned the job is a little harder than he thought.

Gary Brolsma had no idea he was going to make Internet greatness when he lip synced to the audio of the original O-Zone track. This video has been viewed over 31 million times on YouTube. You’re about to make it 31,000,001.

43. I Can Has Cheezburger

The Internet loves cats. No other website proves this more that this one. 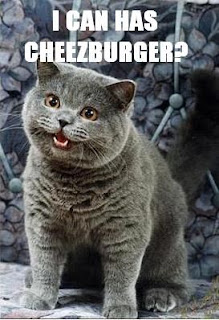 If you’re only going to watch one dancing banana today, make it this one.

“Don’t worry, it’s probably just a crack head.” Will we ever know what was in that tree? If only all of use were equipped with those flutes, we’d all have pots of gold.

In 2004 a high school student decided to film himself swinging a golf ball retriever as a weapon. It was unfortunate that he taped over a school basketball game and left the tape for others to see. Students found the tape and released it on the Internet making him one of the most famous victims online. Within two weeks the file had been downloaded several million times. Many different versions have been created, adding “Star Wars” music, texts, and light saber lights and sounds. The Force is strong in this video.

When you hire someone to make your commercial, don’t piss them off and leave them with the outtakes. Enjoy the “not safe for work” language on this classic.

It will change your childhood.

The Onion is an American “fake news” organization. It is amazing how many people use this for their “real” news intake. It paved the way for thousands of other satire and humor sites yet will hold the thrown for many years to come.

Watch out concrete. He’s going to beat the floor up with his face.

This is one of the most famous COSPLAY outfits ever created. No matter how ridiculed he is, he stands strong. He even voices his opinion on Internet matters, He could be talking about the meaning of life, but we wouldn’t hear it. We just won’t get over his AMAZING costume. If you’ve got 8:44 minutes to spare then sit back and watch one of the most amazing parodies every created.

Even if you’ve never played the game of World of Warcraft you’ll still enjoy the bravery of a young paladin named Leeroy Jenkins. His legacy will continue in Internet videos forever.

The Flying Spaghetti Monster (or FSM) was created in 2005 after the Kansas State Board of education ruled the required teaching of intelligent design as an alternative to biological evolution in public schools. Bobby Henderson sent open letter to the education board which revealed a concept of intelligent design and announcing his beliefs in a supernatural creator, which closely resembles spaghetti and meatballs. He then said his version of creation should be taught in science classrooms. The popularity of the Flying Spaghetti Monster has allowed a new belief by atheists and how been know to the the preferred diety of the internet.

One of many “GI Joe” videos that will slightly alter your childhood, but in a good way. It takes many of the classic “GI Joe” PSAs and makes them entertaining for all.

30. David Hasselhoff “Hooked On A Feeling”

David Hasselhoff has a long line of crazy Internet videos. “Hooked On A Feeling” shows what happens with you let a drunk fifth grader produce a video and have a talentless hack going along with everything he says. What’s up with the wiener dogs?

How do you add more funny to a bizarre interview with Tom Cruise? Someone call Lucas.

Ever wonder how new technology works with other technology? We can spend all day researching it, or you can just stick things in blenders and see what happens.

Some kids take their costumes a little too far. Just because you wanted to be a zombie doesn’t mean you have to have a portion of your brain removed.

The series, created by Los Angeles improvisational comedians Kent Nichols and Douglas Sarine, features a ninja who answers e-mails from “viewers.” You don’t need “Dear Abby” when you can take the humble advice of a Ninja.

“Harder, Better, Faster, Stronger” is a song by French duo Daft Punk and was eventually incorporated into this very viral music video. It was done in one take with no editing. We’re lucky if we can just make the Vulcan hand gesture.

This is the best five second clip on the Internet. The dramatic chipmunk is a clip of an episode of the Japanese morning show “Hello! Morning” featuring Mini Moni. Though it is really a prairie dog, the word chipmunk just sounds cuter.

Chris Parnell and Andy Samberg gave us all a reason to be lazy, and stoned on a Sunday afternoon.

Chris Crocker was such an emotional Britney Spears fan that he actually got a TV deal from this. There are now 21 million people on this planet we hate.

The original footage of the exploding whale first appeared on KATU Channel 2 Portland in 1970. This is why you don’t listen to people who like to blow things up.

This is not to be overshadowed by “I’m F*$cking Ben Affleck.” Both are incredible videos you’ll be singing all day long.

It’s hard to believe this guy would be difficult to work with.

Darth’s less successful brother is a day shift manager of a grocery store. He has the same problems and insecurities as the rest of us, he just has to deal with them his in a big black suit. Watch the entire series, it’s classic.

A day NO ONE will forget. It was satirized oh-so well in the Jill and Kevin divorce dance.

So many videos with these two lethal ingredients have been filmed, but here is the source of it all.

This is why kids should not do drugs, but when they do, make sure you’re filming them. So many have spoken out about how this was exploiting a child but if you can’t make money off your children in sweat shops anymore… what else can you do but this?

So many spoofs of “Downfall” have been made, but to us this was the best.

Not only do others fear his powers of the Force, they also fear his horrific pranking ability and his ways of making you feel so small and useless on the ship.

Andy Samberg and Justin Timberlake made the world want to put their junk in cardboard.

Who asked for a big purple stuffed animal? I’m going out and get what I want. Shoes.

This is what happens when you take a socially awkward kid’s World of Warcraft away but leave him the TV remote. There are additional videos but the original is easily our favorite. BTW, you’re witnessing a lifelong virgin here.

This video has 119 million hits. That’s a lot of biting.

Is she overrated? Sure, but you can’t tell us that watching the underdog shine isn’t heart warming, tear jerking and really, really good for ratings. Watch her performance here.

Matt Harding created a heartwarming and awkward dancing video filmed pretty much anywhere he could find across the globe.

“Here We Go Again was an okay song which was made famous due to the power of its video. An amazing choreographer, intertwining of bell bottoms and treadmills makes this one of the best videos on the Internet. Check it out here.

If you’ve ever been shopping in a Walmart at 3am then you know what crawls out from rocks at by Mac n Cheese and $5 DVDs. It’s these people

Made with all sincerity, taken in with jest. What can be said about this video? Just watch it. You’ll be singing all day.

University of Florida student Andrew Meyer is tasered and arrested after causing a disturbance at a town hall forum, which featured Senator John Kerry. His constant screaming make it an immediate Internet classic and the call sign to idiots everywhere.

Do you feel overwhelmed by all these awesome videos? Well, there is an abridged version thanks to the kids of Weezer who were good enough to take many of the memes above and add them in their “Pork And Beans” video. Oh, and the song is good too.

Did I miss something? Email me as well. [email protected]

Everything I Love About The InternetPrevious Article