How to Trim Your Facebook Friends, One Glorious Unfriend at a time 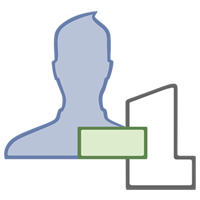 I’ve been on Facebook, like most people, from close to the start. I’ve seen it change for the better and worse. Partially through their corporate going-ons… and partially from the people who I decided to be my friends. Each morning scroll could be a roller coaster. Not always a good one.

The other morning I woke up to see a new friend request. It was someone I didn’t know. We shared a few mutual friends. We lived in the same town. It seemed legit. So I accepted the request. I had done this many times, the same scenario. It seemed like a standard internet procedure in my life.

The stages in my life caused me to add many people who I didn’t 100% know. I used to have a show with a small fan base. I used to do stand up. I produced a documentary that I was a main personality in. I worked and played in an industry that caused many in my area to want to network. I was okay with it.

A quick scan of my friends list brought to my attention a few things. Many people I’ve never personally met. Many, I didn’t even care for. Many, I cringed at their daily postings of politics and nonsense. A nonstop stream of memes they didn’t write, create, but assumed each of their friends admired them for posting. I didn’t, I found it unoriginal and rather annoying. It was time to cut ties… the internet way.

Phase one. The unacquainted.

A while back I decided to turn my profile private. I had recently had someone steal one of my photos, and claim it was theirs. As a creator, it urked me. That person wasn’t anyone I knew, or was on social media with, they just found it and liked it.

The second reason I had turned it private was due to an ex-girlfriend who was a little too involved in my current life. I had recently learned she had a few “ghost accounts” and would spend part of each day looking at what I was up to. Ghost accounts, those were my fault for adding people I didn’t know. So, phase one, unfriending anyone I didn’t know. That number was embarrassingly high. over 400 people in my friend list were people I couldn’t pick out of a line up. There may have been several I had actually met more than once, but I was at an age that I couldn’t remember, and didn’t care.

Unfriending those were easy, and felt pretty good. Now, who’s next?

I’ve lived and worked in LA and ATL. Both working in the entertainment industry. Most of that time I met many actors, writers, and comics. Each week they’d make posts about their latest projects, shows, etc. Some of them were rather large names who I had met years prior. I enjoyed watching most of them grow in their field. But I could just visit their IMDB page for that. Also, I was working so little in that industry any longer, networking was no longer a thing. A quick audit, and unfriending brought me down to nearly 1000 friends. I was amazing how many performers I had met over the years and immediately we attached each other to via social media. But then again, it was how we connected and promoted ourselves. Not too many people are trying to get writing gigs on LinkedIn.

This was far more therapeutic than I expected it be. A while ago I had written an article about learning how racist your old friends can be. Through the years I had unfriended many people after learning more about them than I should have. When Facebook first started, I had populated my friend list with most people who I grew up with. Even if we weren’t close, it was easy. As time went on, you realized what a mistake it was. Phase three was pretty easy. Felt great too. Many of the people who I went to high school with ended up being pretty ignorant and hateful. I’m not sure how I dodged that bullet, but glad I did. 800 friends left, and not a one of them skewing me for voting for Biden.

Phase Four. Your “not” friends.

This was even more therapeutic than the above. In most part because it made you act on feelings you kept deep inside. As I mentioned before, I had an ex-girlfriend who was making my list a bit more difficult than it should be. We were together for a few years and over time had many mutual friends. I didn’t want to be that person who ended a relationship, then immediately ended all those friendships, so I stood tall and kept them. Wait to see who wanted to keep a friendship on their end. It had been a few years and many of them remained. At this time, some of these friendships weren’t close, or even anything other than numbers on a friend list. Those numbers were no more. Along ex-coworkers and exes of close friends who I kept to be nice. All those now gone. I was now in the 500s. High end… but still there. I was on my way to a number I magically put in my head as success.

I will say, there’s a decent amount of these people I’m still connected to on Instagram, Twitter and LinkedIn. And that’s okay. Those are different formats, with different messages. Facebook was the one giving me mental constipation each morning, and now it’s been remedied. It feels pretty good.

So if you’re looking at a way to declutter your social media, this might be a bit of a helper. I hope it is. I feel better cutting out the waste, and I feel better being brave enough to unfriend those who weren’t truly my friend. Yes, a dozen or so have noticed and reached out wondering why I did it, and after explaining, they not only understood, but expressed that they wanted to do it themselves.

So if you’re reading this, and wondering why weren’t not friends on Facebook any longer, know it’s not personal.

Unless you were a dick… then yeah, it was personal.

So here's a cool thing, I'm filming a new movie in 2 weeksNext Article