My Woes with the Mesquite Nevada Municipal Court 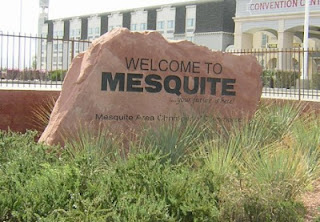 Though I’m often accused of being a “grandpa” driver, I do occasionally get speeding tickets. I’m about 80% on verbally escaping them, which I’m pretty happy about. A while back (on my birthday) I received a speeding ticket while driving through the crappy little town of Mesquite Nevada. A day I will forever regret. First off, there was no talking myself out of it. The officer fully intended on giving me a ticket the moment he hit his lights. Even the ‘hey, it’s my birthday’ line gave me no leverage. I was “signing here”.

After he drove off I stuck the ticket in my glove box and honestly forgot about it. To the point that when I realized it, it was officially late. I knew my $77 dollar ticket sadly would have charges ensue. I could deal with it (Not really). I just needed to know how much.

I started be calling their court house, it turns out they aren’t overly staffed and I went to an answering machine. I left a detailed message and waited for my return call.

A few more attempts and I finally reached an older woman who seemed put out to my call. I explained what happened and asked what the charges were. She told me there would be a $300 fine for late payment.

Wow… turns out that’s where all the money it (but it’s not going to their phone services).

I asked if I could get a break since I was trying to pay it for so long, she said the only way would be to contact the Judge. She gave me his email and phone.

After giving up I decided to just pay the full amount. I needed to know the exact amount again, and where to pay it.

Since that first phone contact with the woman I will refer to as “Ms. Happypants” I’ve left 9 messages pleading for a return call. By pleading I mean BEGGING. Detailed messages filled with “please” and nothing. But I guess if no one is there to answer the phone, who’d be there to return messages.

So with this, I give you warning… if you EVER drive through the crappy little town of Mesquite Nevada… drive slow… VERY slow.

And no.. as of now I have not heard from them… nor have been able to pay the ticket