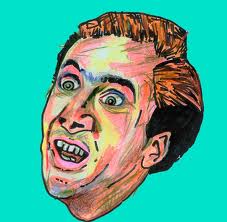 Yesterday I almost got into a fight. How close I’m not sure but a driver of a vehicle whose skills were lessor than mine was upset that I let him my feelings for him known through urban car dancing down a busy street.

Basically I was cut off, I expressed visually I was upset and was asked to pull over to discuss it.

I didn’t exit my car but other person quickly ran up to my window acting like he was going to punch me. I didn’t flinch or duck for cover. I just waited for him to punch me. He didn’t and we began to argue.

Being 6′ 4″ and he being much less, I did slowly exit my car only to watch him quickly get back to his, we let each other know we didn’t care for each other, I took a few pics and some video and I went along my way.

I drove home realizing I was almost in a fight. Something that used to be fairly normal to me, but not for a while. I can’t remember the last time I was punched, or punched someone.

(This is actually not true, I can remember the last time I was punched and I painfully laughed in his face but that’s a story for another day.)

Anyhow, I realized I’m probably a little too old for random fights. I mean, at what point am I an angry old man jumping around like a lunatic? Okay, I’m not freaky old but I’m not a 25 year old testosterone filled douchebag anymore trying to impress the locals. I’m kinda an adult. Kinda.

Anyhow. This is my note to myself to no long use physical action to show anger. No longer feel the need to knock the other guy down in order to prove my point.

To no longer be an asshole.

To quote my seldom worn T-shirt… let’s hug it out.