The Date I Never Knew Was A Date 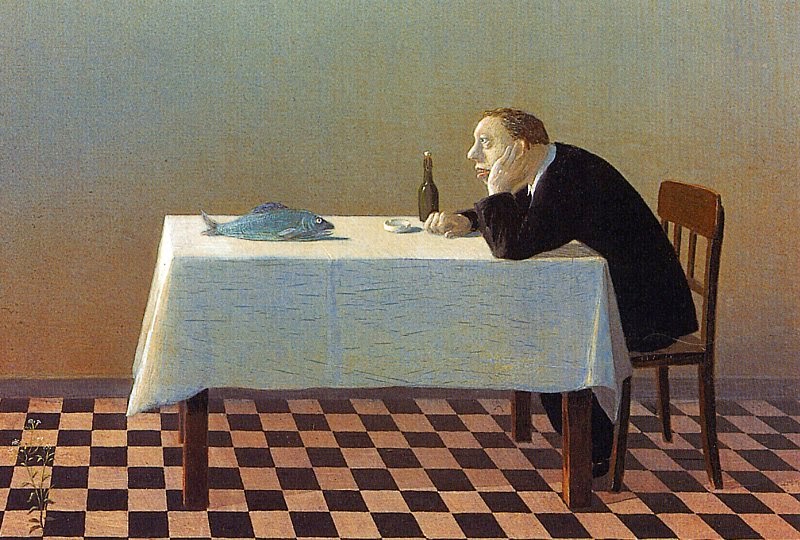 I won’t try to pretend I’m an excellent networker. In fact, I’m pretty piss poor at the whole thing. I hate being used for my connections, it feels slimy. So when I go out of my way to reach out to others for that… I feel even slimier.

But occasionally I try to meet new people with common career interests and see if we can mush our connections up into one giant awesome gooey ball.

A few years ago I had been introduced to a female comic who, as me, was attempting to advance their comedic career. She was close to my age, pretty, single, and best off funny. A funny 6 is automatically an 8. I’m not saying she was a 6, I’m just giving math comparisons. Over the next year or so we remained Facebook friends. Occasionally we’d comment on each other’s status updates. I was FB invited to events (which I never attended) and I reached out one time asking her to audition for my short film.

Which she graciously declined.

After a while I sent her an email proclaiming that with our interests, our collection of common friends, and due to us residing in the LA area, we should meet up for a coffee and talk shop. In most part I was looking for funny people to add to my comedy group. She was pretty perfect for that.

She quickly responded with a “Yes” and added that it should be switched to wine. Claiming people don’t talk over coffee. Who is going to turn down wine? I’m in. She gave a location, a time, and I was in.

At the time I was “mostly” single. I had just started dating a very nice girl whose place in my life was still TBD. But I definitely wasn’t looking to date anyone else. So the fact that I was attracted to my soon-to-be network buddy didn’t skew my agenda, other than I was sure not to wear a hat. Inappropriate t-shirt.

I arrived 20 minutes early to discover that our meeting location was an Italian restaurant. And not a cheap one. The bar was small, so I put my name on the list and waited for a table. I sat down… waited.

A few minutes after our designated time she arrived. She looked beautiful, but that could just be an everyday fluke. I mean, I looked amazing… and it was just a Thursdays. We waited a few minutes for a table… sat down and the meeting began.

We talked about each other, our connections, our dreams. I expressed my goals and ideas and how she could be a part of them. She seemed excited. What a great start to the meeting.

During this time we shared a bottle of wine. Not a cheap one at that. Once it was finished, she asked for another… and menus.

After a bit she asked what I was eating. I didn’t want to be rude. I ordered food and kept talking about “hobby-work”.

The conversation then detoured into personal life. My past marriages, my kids, exes, heartache, desires.

I learned she had never been married, no children and most-likely never in love. But looking.

She stopped me mid-conversation to tell me how handsome she found me.

I stumbled a bit but continued my best to talk shop. I even went as far as reading her part of one of my scripts from my phone. No laughter.

I’m now figuring out that as she ate her $35 chicken parmesan that my career is not as interesting as I had hoped. My goals are boring and I’m running out of pitches for the next best thing.

I told her I didn’t know. Things just work out.

The check came. We both looked.

And by looked I mean I looked at the check while she looked at the wall. I know that look. That look means “I’m not paying this check”

I paid the $150 plus bill and we walk out together. I learned this location was near her house and she had walked there. I asked if she would like me to walk her back to her house. She declined. I walked to my car feeling a little confused about my $150 meetup and how exactly I was going to use what happened to advance my career. I mean, other than writing about it 3 years later.

The next day I remembered that I had discussed a few comedy sketches which I wanted her to read. I emailed her and she said she’d be happy to look them over. I wasn’t near my laptop so I had to wait a bit to send them. Before I could I get an email I didn’t expect.

I got an “I like you… but” email. I received an email claiming I was a nice guy but now what she was looking for in a guy. I was too ‘business”.

I was too business? Umm, that WAS business.

I realized at that point, the whole night I was on a date and I was all biznezz in her face. I never put on my date face. I didn’t use my clever lines, my winning smile, I wasn’t even wearing my date pants.

I was officially a shitty date. I was so shitty she didn’t even want to try again.

I licked my wounds, I told her thanks for her time, I felt like an ass.

I wasn’t sure if telling her I didn’t know it was a date made me look more pathetic than just being the guy who only talked about work.

I’ll always be the guy who she went on a crappy date with.

And she’ll always be the girl which I didn’t know I was on the date.

I'm Helping Give Away A JeepNext Article