A Crater, A Giant Tree, A Few Double Doubles, and an Engagement 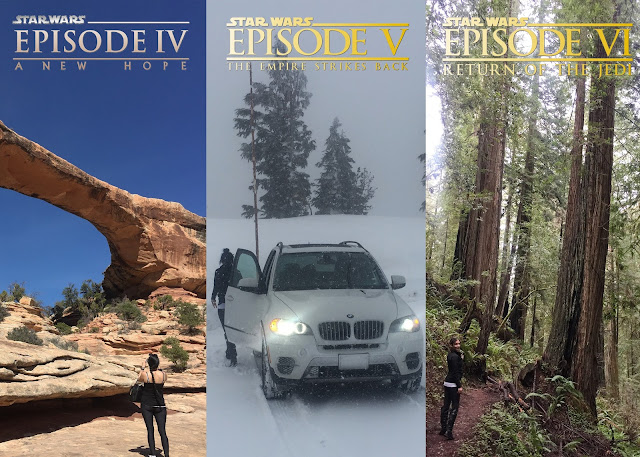 My girlfriend and I needed a quick vacation. Not an extended weekend but a whole week away from the house and exploring new things. We opened up Google Maps and pointed out every place within 1500 miles that we’ve wanted to see. Turns out she’s never seen the Grand Canyon, neither of us had to seen the Natural Bridges in Utah. It had been 5 years since I rode the Pirates of the Caribbean and I’ve never seen Crater Lake.
There was a blip on the map where neither of us had ever been and that was the Meteor Crater in Arizona. It wasn’t on the way to anything, it was going to add a day to our trip, but it was a giant hole in the ground caused by a giant piece of space metal. I found out this was on Emilee’s bucket list. We’re there.
Day one: Natural Bridges Park. We decided to spend 4 nights camping, 3 nights in hotels and two nights with friends. Thursday night was a camp night. We headed straight to Natural Bridges Park in Southeastern Utah. I knew very little about it. It was always high on the list for places for Emilee to visit. About 50 miles before hitting the parking we decided it was late and dark enough to find a campground and enter the gate in the morning. We blindly found a campsite and went to sleep. We had no idea of the beauty surrounding us when we’d wake 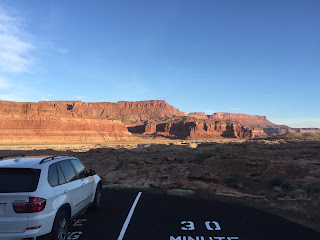 So that was nifty. We were all alone out in the vast red rocks. The first full day of our trip was off to a great start. I threw on a hat and drove us to the park. It was small, out of the way, and very hidden. There was only one other couple with us in the visitor center as they told us it was the busy season. We rented one of the 9 available camping spots, bought a few trinkets and headed down the road.
We made the 9 mile looping drive and couldn’t wait to journey down towards the bridges. Three of them to be precise. Named “Kachina,” “Owachomo” and “Sipapu” in honor of the Native Americans
that once made this area their home. And by that I mean until we, stupid white people, kicked them off and probably murdered a majority of them.
It’s a 9 mile hike to hit each bridge. Very, VERY worth it. And we were VERY, VERY not geared up to do it. I was wearing Vans, Emilee had her purse and a Starbucks cups and we ventured on. 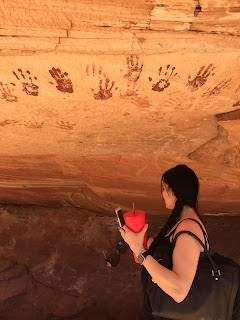 Native American ruins and standing this close to where the dinosaurs roamed was pretty fricken amazeballs.
After we headed back to camp and prepared to gaze at the stars. Natural Bridges Monument is a Dark Skies park. Because there are no cities nearby you can see stars like crazy. We light a fire and barely looked down. It was an amazing night.
Day 3: Arizona Crater.
Today was a special day. I only knew why. But I didn’t know what was completely ahead of us. We woke up early, packed up camp and headed to Arizona to find the big-ass crater in the middle of it. The route was gorgeous.
Emilee looks again and said “Forrest Gump!”, so we pulled over and did this. 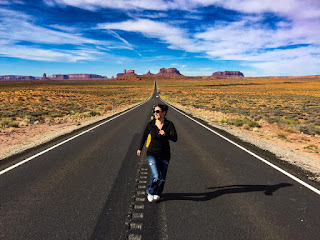 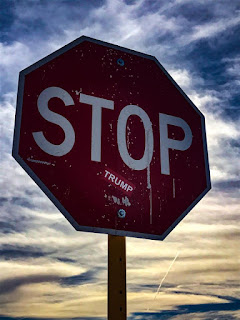 Then had a giant piece of metal came crashing to my car from oncoming traffic, that kinda almost killed me. 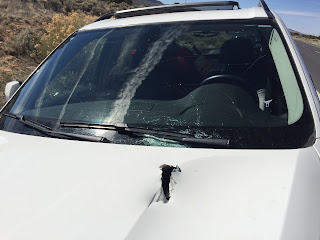 We pulled the gentlemen over and after 90 minutes of calling insurance and talking to a police officer, Emilee pointed out that we might not make the crater. This wasn’t an option. I mean, this was where I was going to propose. (Oh yeah, did I mention that?) I had the fake brochure made, ring was in my pocket, speech was ready. It was all set the crater. So I kicked it in to high gear… 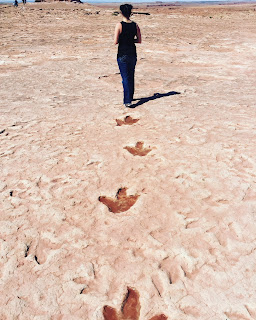 but stopped for a minute to check out dinosaur tracks… 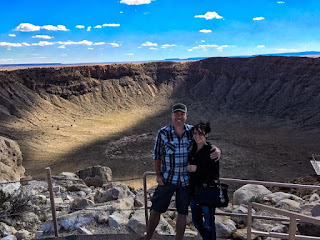 and made it in time to propose. She said yes.
Day 4: Now off to the Grand Canyon. 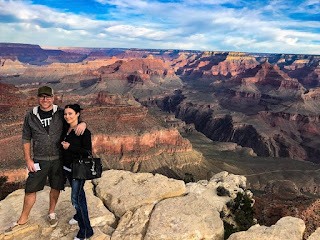 I will tell you, if you ever get a chance to visit the Grand Canyon during a sunrise it would easily change you life a little. Do it.
We spend a good part of the day walking the edge, learning about the area and figuring out which Dinosaur age we’d like to live in the most.
Now off to LA.
Day 5: This was my homeland and it was hard to figure out all we’d see and who we’d visit. 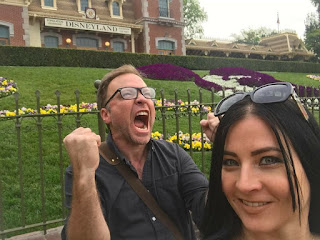 Clearly Disney land was on the table, 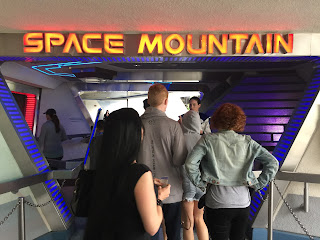 so Emilee could ride Space Mountain over and over. 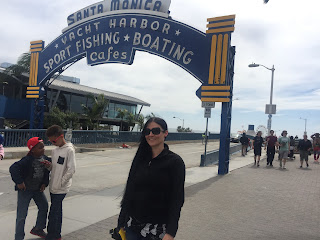 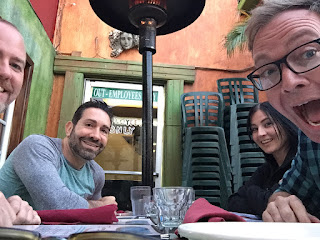 And my super great friends and only family member I like.  Then off to San Francisco. 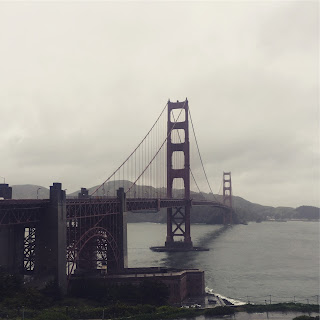 Day 8: SF decided we had seen too much sun and decided to pour. 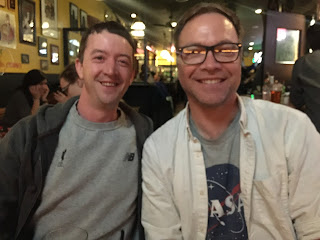 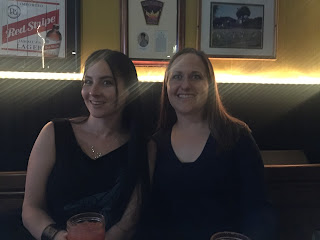 But we got to see MORE AWESOME FRIENDS! 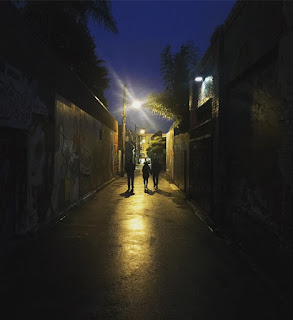 Day 9: After a few days of fun in the bay we decided we’d play in the giant trees. 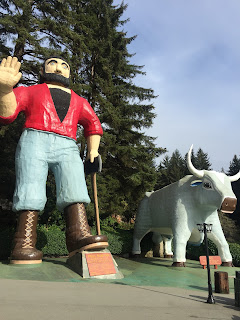 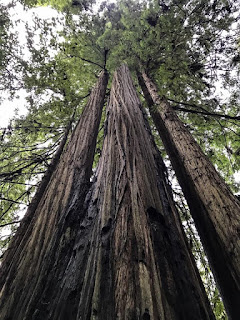 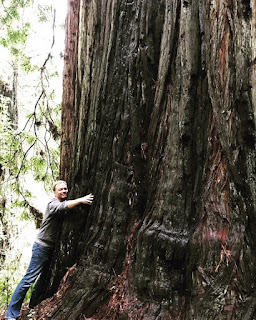 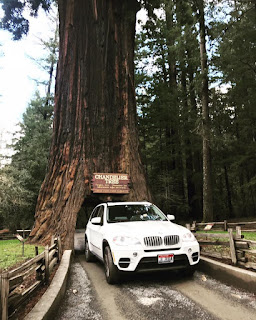 I also love driving through them.
Last Day: We decided to spend the night just across the Oregon border and head to Crater Lake for our last stop in the morning. Emilee has always wanted to see it and so far Craters had been very, VERY good to us.  We woke up to snow. 60 miles from the lake we journeyed on. The snow got deeper but we got more determined. Finally we reached the stop. 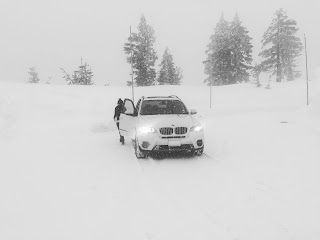 And, we missed it.
So we headed East towards home. We were happy, tired, wide-eyed and not sure if missing our bed was enough for us to end our adventure. But, worked called. 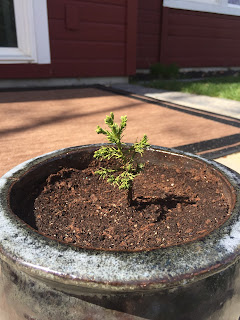 2500 miles later I was engaged to my dream girl, a little fatter, a lot happier and the proud owner of a tiny sequoia. I went to places that I thought I’d see once and be happy but we learned they are places we’re going to visit over and over.
For the rest of our stupid, happy lives.

A-holes named Kevin Plencner and Nicholas Green stole from me, and many othersPrevious Article

Getting My First TattooNext Article