At What Age Do You Stop Wearing Your Hat Backwards 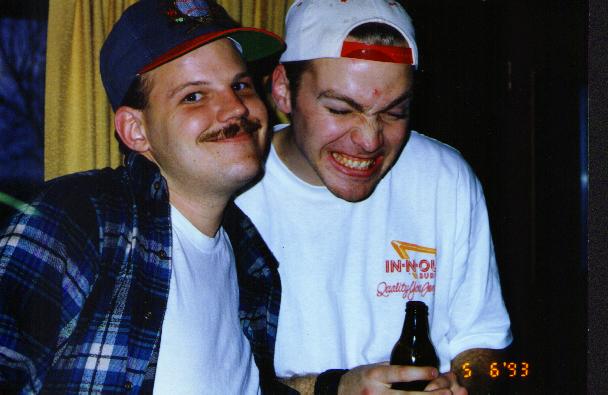 Now in my mind I already know the answer to this question. It’s an age I’ve already surpassed. I started to ween myself of cap-reversal in my early thirties. It was hard, it took dedication but I’m officially backward hat free.

But did I follow a society standard or just a personal one?

Personally, I think the firstish.

I understand the desire to hold on to your youth. It’s why I don’t tuck in my shirts, or still wear T-shirts sold to me at a very high price from my favorite bands. But when does that go too far?

I think a 35 year old guy walking around with his hat on backyards just might be that. This summer I’ve seem men of all ages wearing their hats backwards. I tend to internally mock all, but older ones gets, the more the mocking evolves to nudges and remarks to anyone around me who will listen. It just looks silly. And do I tell them? Might I be the one guy who tells them just how stupid they look because their friends and family don’t have that courage? Sometimes you just don’t know until it’s brought to your attention.

So The official answer to the question. At what age do you stop wearing your hat backwards?

The Best Vines Of 2013Previous Article