Broken Newz Back From The Dead

In 2001 I launched a website called Broken Newz. By 2004 it was my own mini juggernaut producing a steady income and over 2 million views a month. In 2008 I sold it. A few months later it was dead. Well, it’s back. I have relaunched it and given it a more “techy” niche. So, go there dammit. 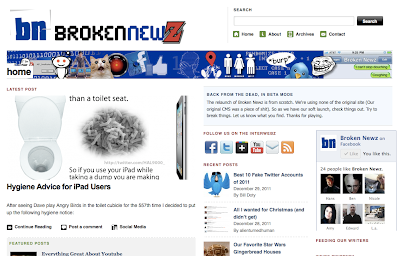