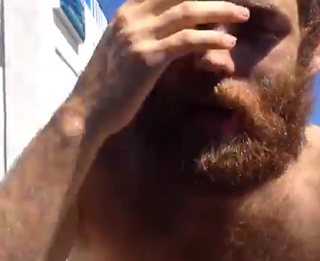 Or should this be called Friends Make Friend With Beard Who Can Do A Few Bad Impressions Play Homeless Man For Views. I saw this video on Reddit today, it took me and 50% of the readers about 8 seconds to realize it was a fake. Sad thing was the other 50% who didn’t. It’s stuff like this that makes the internet suck. Not the video… but the dumb people who believe anything they see. The same people still worried Bill Gates is going to charge them 5 cents an email.
Anyhow, nice try but next time you try to fool the rest of the interwebs, don’t do it on Reddit. They see bull and shred it with very sharp teeth.

(More Edit) Turns out the homeless man (Miles Allen) has an IMDB page.  I know a bunch of broke actors, but not too many homeless ones.

Did I Just Take The Sample Photo Of Instagram?Previous Article