Review of The IT Crowd Season 5 – The Internet Is Coming

They did it again, Graham Linehan noted that a 5th season just wasn’t working scriptwise and combined with the core actors getting more work than they can handle, it looked as if new shows just weren’t going to happen. What do you do in that situation? The UK standard of one last extended episode.

The Internet Is Coming aired today in the UK and it was just as good as we all wanted it to be. 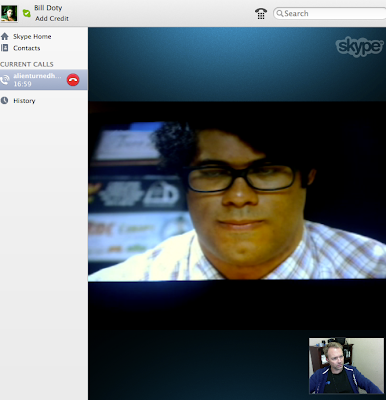 How did I watch it you ask? One step above a tin cup with a string tied to it. My good friend Ben watched it live in the UK, while turning his computer to the screen, and connected it to me via Skype. It was as good as quality as 1995 Realplayer but still amazing. I watched it at work and did everything I could to keep from laughing out loud, giving myself away. I let Ben’s laughter handle mine. Like the first 4 seasons, laughsapalooza.

The characters picked up where they left off. No slack (just women’s slacks), and it felt just as organic as before. I was hoping for more interaction with Roy and Moss but the little they did was perfect.

I feel if I keep talking, I’m going to spew spoilers so for now…. I will just say it was everything I was hoping for. I can’t wait for it to air in the US so I can watch it over… and over… and over… as I do with the other episodes. Thanks guys. I will miss ya. Game over.