My Favorite Amazon Reviews For My Movie A few years back I took 9 months to travel a few states and film a ghost documentary. It sparked from my odd interest in ghost shows, and my desire to either expose them for the fraudulent productions they are, or figure out if ghosts really even existed.

It wasn’t your typical ghost documentary. First off, it was all real. I didn’t fake anything, I didn’t represent anything in any fashion to sway your opinions. It was all as it happened.

Second is, I made it funny. I’m technically a horrific show off so that came across in the filming. It was light hearted and honest. Not what you generally get in a ghost doc.

I’ve given Amazon reviews before. If I feel betrayed by a product, I’m going to let the seller know. If the product changed my life for the better, even in the slightest way, I’m going to scream it from the 5 star soap box they offer. I don’t think I’d make much of an effort for a body wash that was “just okay”. It did its job and I don’t feel the need to pat it on the back.

Here are some of my favorite Ghostumentary reviews.

Let’s start slow, and with the most recent review.

It’s actually a bit of a compliment for someone to go that far out of their way just to give you a “meh”. So this one actually makes me a little happy. She doesn’t have time to use capitals, but time for a review. And also, if what we did was normal to her… I want her life.

Ghost dick. Someone who would so elegantly write a poor review of my film only to title it, Ghost Dick. Who is this person? How do you make this person happy? What other types of things have they reviewed? 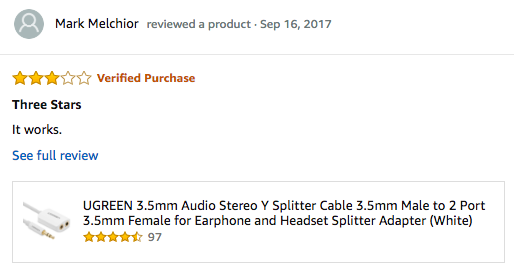 Our friend Mark Melchior is a little more fickle that I assumed he might be. If our film was just good enough for him, we wouldn’t have received 5 stars. I mean, even if it works, it’s not good enough. 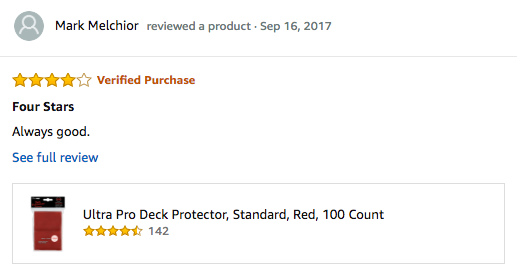 Even if our movie was “Always good” we’d be short of that glorious 5th star. What does one have to to do to get a high score with this guy? 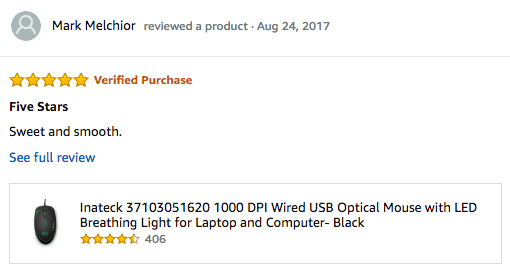 There ya go. Sweet and smooth. My next movie has one goal now. To be sweet and smooth. Then I’m sending a screener to his house for my first reviews. Signed, Ghost Dick.
Here’s the second review that referred to us as “narcissistic”. 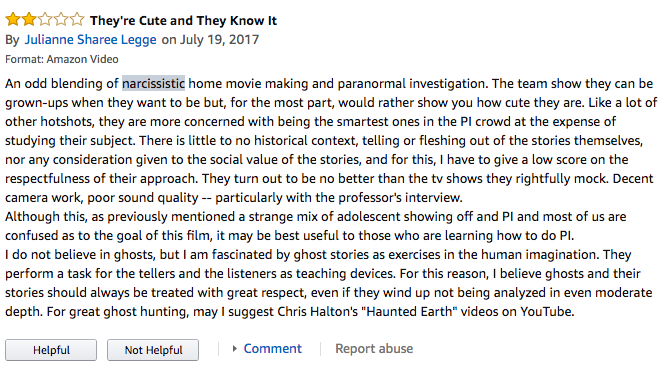 But THEN calls us “Grown Ups” so this is actually one of my favorite views. My favorite part of this is “I do not believe in ghosts, but I am fascinated by ghost stories as exercises in the human imagination.” This is why I did Ghostumentary. This was me 3 years ago. This was probably the review I would have left. Sure, I got 2 stars but a feel this person was truly my audience and I evoked enough emotion in this person that they needed to speak out. So though I seem to mock, I honestly tip my hat and say “I get it”.
But not everyone cared about the core filmmakers. 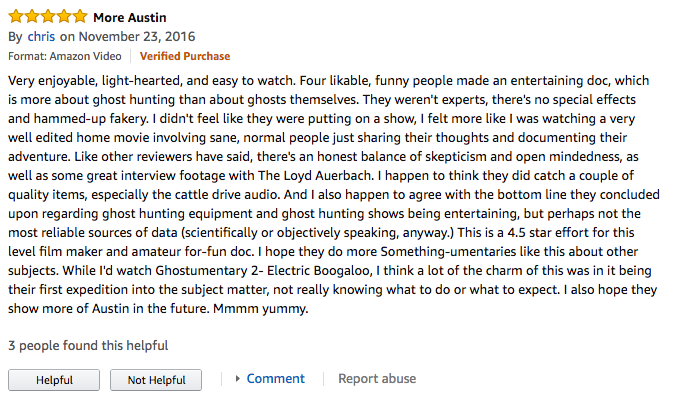 Because my son, who was in the movie for 20 minutes, stole the show. But I gotta admit, he really did.

But more about us.

How dare you call this a “mockumentary”!

But sometimes they just really hate me.

This was one of my first, written out, bad reviews. Prior to this I got a bunch of “Dumbs” or “Mehs”. This was the first one to specifically call me out. Not only did it call me out, it labeled me as the reason they hated the movie. I reached out from their TV and bunch them in their brains. I read further to learn that they’d watch a sequel if I recast myself. “Now play the part of Bill Doty, Brad Pitt.” Then I got to the bottom. It all made sense. It was date night and I ruined it. I cock-blocked via video-on-demand. For this, I’m sorry. I think I owe you a bottle of wine, and a pizza. 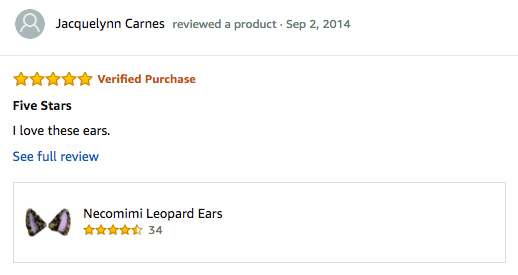 The good news is, she really dug those Leopard Ears.
Like I said, most reviews are terrific. Many loved the movie, us, and what they learned. Some have given one star, one word reviews. People still watch it every day and occasionally reach out to me online to let me know they enjoyed it.
It was an amazing experience and I’d do it again. Oh yeah, I am. But once a week I still go online and check out the reviews. I inhale them and think about how to make a better movie. Hopefully next time, I’m reading your review.
Just think of something better than Ghost Dick.

I'm A Volkswagen Bus Away From Having The Perfect LifePrevious Article

5 Videos That Will Fix Any Bad Mood You're InNext Article