The Hottest Elves on the Big Screen 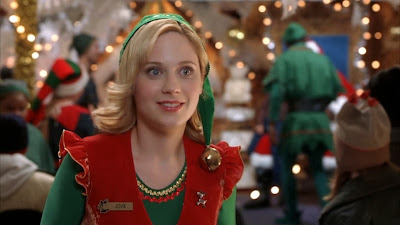 The Halloween costumes have been packed up, the leaves are falling and every store has switched into Christmas mood. Before you know it, you’ll be humming along to Christmas music, maxing out your credit card and dealing with hellacious traffic.

With Christmas last than 2 months away, it’s time to start thinking about the season–you know the one of giving and all that jazz. While our loved ones and Mr. Clause seem to get all the attention, we seem to forget a key ingredient. I’m not talking about Mr. J.C., I’m talking about the elves. Elves are sadly overlooked, but those special creatures are the ones working all year to make sure that you and your loved ones are able to get drunk on egg nog and spill all the family secrets before the turn of the new year.

So as a token of thanks to these thankless wonders, let’s highlight some of the hottest elves of our time–christmas and otherwise.

Keebler–
Ernest J. Keebler to be exact. That champ and his minions have been producing cookies inside of a tree for the betterment of the world since 1853, which let’s be honest is like no time at all in elf time. But whatever, no list paying homage to elves is complete without the king elf himself, Mr. Ernest J. Keebler. Those Chips Deluxe get me every time.

Jovie of Elf–
While many may thing Will Ferrel is the true star of elf, it’s actually Zooey Deschanel as the blond, emotionless, bitter elf that wins Buddy’s heart. Sticking with her monotone schtick, Zooey shows us that elves have hearts too, they just need a little defrosting and shower singing.

Tauriel–
Cinema’s newest elf, Evangeline Lilly, is taking on the role of Tauriel in the two forthcoming Hobbit movies. She may not have that Christmas flair and is best remembered as that annoying girl on Lost, but she certainly looks hot with her red hair and bow and arrow. Holler at her this December when The Hobbit: The Desolation of Smaug comes out.

Head Elf in A Christmast Story–
I’m just kidding that woman was frightening. She’s what my Christmas nightmares are made of.

Arwen of LOTR–
Hobbits, Orcs, Wizards, and Elves, oh my. These marathon movies were chuck full of palish elves looking all ethereal and shit, but the one that really stood out was Liv Tyler, the half elf who eventually united the elves with man. While I’ll forever remember her for her appearance in Aerosmith’s Crazy video and as Corey in Empire Records, she did a pretty sexy and bang up job in LOTR. I’d give her my precious, nahmean?

What elf did I miss? Have a favorite? Is it of the claymation variety? I bet it is.