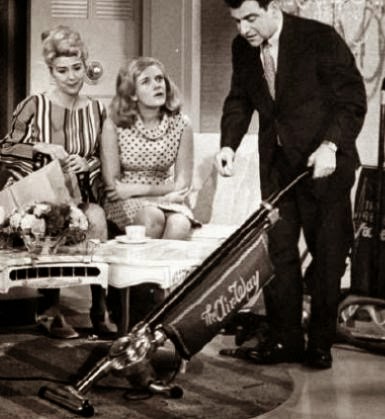 A month ago an ex-girlfriend entered a raffle while visiting a children’s fair. Two weeks later she receives a call saying she won a $150 air purifier which would be delivered to her home. She was giddy, and had every right to be. Free is fun and winning is gold. Gimme gimme.

During the call she was informed she’d need to block out 90 minutes to be shown how to use it. This made sense I guess, assuming it was assembled by NASA, or they just assumed she was the dumbest person on the planet. She gave them a date close to a week out and marked it on her calendar.
As the day came closer, and she discussed this with friends, a few flags started going off. She started wondering if they were going to try to sell her accessories, upgrades, solutions or tickets to Mars. What in the Hell took 90 minutes about this? She actually began to create a little anxiety over the appointment. After we ran through one of many scenarios in our heads, we decided I should be there as well. For door-to-door persistent salesperson support.
An hour before they arrived she created a plan of attack. She was going to tell them she only had an hour for the demonstration. It would limit their pitch, but give them plenty of time to show her how to use it. The door bell rang, she opened the door to see two heavy-set people holding several boxes. They didn’t look like service people at all.
They looked like salespeople.
They came in, introduced themselves and ask her to start moving all her furniture around to open a giant space in her living room. The man walked in her dining room and started dragging chairs out, without asking. They insisted she move her heavy glass coffee table. How big was this air purifier?
My ex said “I only have about 60 minutes.”
The woman looked panicked.
“We’ll have to reschedule then.” she said.
My crazy ex was thrown off a little. She countered.
“Well, maybe an hour and 15 if you talk fast”
The woman hesitated, then said “okay, let’s go!”
She took control of my Ex’s DVD player and attempted to rip out her prized Sex and the City DVD. Season 3. Right where Mr. Big comes back. Who taught this woman how to hold a DVD.
She throws in a DVD, hit play then placed her large body right in front of the TV. I didn’t see much on it due to her body placement but I think I saw bed bugs and Oprah.
I didn’t hear much because she talked through it. She quickly was assembling what I now could see was a Vacuum.
Okay, I get it now. Vacuum salespeople. How were we this dumb?
My ex now recognizes what’s going on and says “I need to be upfront, I’m not buying anything.”
The woman explains that it’s okay but wants to show the trainee how to sell a vacuum.
My ex reiterates and then waits for the moot pitch.
The woman was mentally reading from the book of Rainbow Vacuums. She gave you word by word pitch and took small breathers to ask inane questions.
“Would you say dirt on the floor is good or bad?”
Pause.
Pause.
Wait… we’re still pausing.
Oh, these questions require Brittany to respond.
“Umm, bad?”
“Yes! Bad”
Demonstration continues. We watch her get dust out of remotes, carpeted areas, her hand. It’s amazing. This vacuum sure does suck!
She asks my ex about her vacuum. I already know how proud she is of her Shark. Oddly she’s expressed it to me several times. After slightly mocking her vacuum, she asks my ex to vacuum a piece of carpet 52 times.
52?
She counts, then pretends counts, then admits she’s no longer counting and gives up. The woman takes the Rainbow and vacuums the same spot. She reveals sand left behind. We’re slightly impressed.
“What you say having this sand in your carpeting is good or bad?”
Pause
“Bad?”
“Exactly!”
The woman occasionally is asking my opinion on the demonstration until she releases that I’m too busy texting her at that moment making fun of the entire situation. The woman gives up on me. At this point I’m listening but looking at emails on my phone.
And by emails I mean I’m playing Clash of the Clans.
Suddenly I hear something that completely gets my attention.
“A child crawling on a floor is in comparison to smoking 4 cigarettes a day.”
I cough “What?”
She looks at me in defense. “No, this is true. Ask the CDC.”
My ex responds in jest. “I mean, maybe 2 cigarettes.”
The woman sees no humor in this. I express I think that’s a little overboard. I laugh at the ridiculousness and bury my face back in my phone.
An hour in, 15 ridiculous “yes or no” questions later, she pitch ends. She asks her which free gift she’d like. My ex says the extra brush would be nice. The woman starts filling out paperwork.
“Great, how would you like to pay for this?”
My crazy ex now is a little angry. She already expressed she won’t be purchasing a $3500 dollar vacuum today. Someone is going to go to timeout for not listening. She explains again that she’s a single mom on a limited income. She loves the vacuum but just can’t afford it at the time.
The woman now starts asking questions such as “how much was your vacuum?”, “how much do you spend on carpeting cleaning each year?”, “air fresheners?” and so on. She gets out a calculator and plays with some math.
“Here’s how much money you spend every year. You’re losing money not getting this vacuum.” Then asks her to sign the paper the same way a police office tells you to sign a ticket. With a giant look of disappointment.

Then perhaps my favorite moment happens. Which out explanation the woman grabs her cellphone and starts dialing. How odd of her to make a phone call right here and now. She waits for a second and begins to speak.

“Hello Mr Johnson. I’m here with Brittany (my crazy ex’s name) now. I showed her the vacuum,
I showed her how it works and how much dirt was in her floor. I told her
about the gift item would received. No Mr. Johnson, she will not be purchasing
the vacuum. No, no, I tried. She will have to lose out on the bonus item.”
I was a little in awe of this stage-performance fake phone call. I’ve seen better acting in school plays. As this was going on I received a text. It was my ex. It read:

“I bet she’s not even on the phone”

I did my best to swallow my laughter.

After minutes of finally convincing both sales people that she would not be purchasing the vacuum, including her begging for names, friends, family, enemies she could hit up – the finally brought out the air purifier. The demonstration was given by the man who told Brittany she could just fill it with water and turn it on. Then he almost broke it showing her how to clean it.

The people walked out her door and stood in her driveway for several minutes. Was it some sort of post-game strategy session?  Scolding each other for not asking enough yes or no questions? Convincing each other not to swallow a bottle of pills tonight?

It took her almost running over their semi-warm bodies to get them to leave.

It possibly was one of the most painful presentations I’ve ever seen. I went home, and hugged my used, duct-taped vacuum. I love you used vacuum.

I'm Helping Give Away A JeepPrevious Article