What Do You Do When You Realize Your Childhood Friends Are Racist, Hateful Idiots 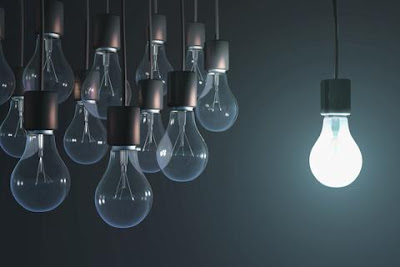 I spent my teens in a small town in California. It was a bit of an adjustment after my younger years in the outskirts of Los Angeles. Area was smaller, buildings were smaller, dreams were smaller. It was never a fit but I always did my best.

I made good friends and cherished them for years. We had so many experiences to hold on to that we felt like our friendships would never end. For years they didn’t.

We skated through our 20’s hitting up each other’s weddings, follow up holiday visits, weekend getaways. We’d meet up and speak entirely in memories.

We jogged through our 30’s. Second weddings and scattered reunions. We’d still talk in memories mixed in with how hard it was to be a parent (we thought toddlers were as hard as it would get). We asked each other about that one friend who faded away. Wondered if anyone has managed to keep in touch with them. Eventually no one would and *POOF* they were gone.

We staggered our way in to our 40’s learning that vacations were now kid based and reunions were best kept via Facebook. It was also easier. I could see their entirely family grow from the comfort of my laptop in a Starbucks.

But suddenly I saw other things too. Weird things that seemed so foreign to me. I witnessed them spending anniversaries at Red Lobster. I watched them express their excitement about TV night with Big Bang Theory. I read how they believed President Obama was a Muslim and how they knew he was sending America towards the end of the world.

And to suddenly discovered… you have absolutely nothing in common with these barbarians.

Never more than now have I ended so many friendships as I have in the last year. #ThanksObama. My best friends from high school, who I laughed and cried with for so many years, were… Republicans.

And by Republicans, I mean the hateful ones. The ones who masturbated to Fox News and formed their uneducated opinions from inaccurate Memes. The ones who’d kill the person who came for their guns and would personally offer bricks from their homes to help build a wall. Full on horrific people. The people I’ve been fighting against my whole life. I just never realized it was them. I was blinded by friendship.

This has been the year of fighting them. This week one of my best friends from high school, I mean… BEST FRIENDS… ridiculed me for participating in the #WomansMarch. He said that if I spent that time building a house for the homeless I’d be doing more good. I reminded him that he did neither and just harassed those who tried. His response was to unfriend me on Facebook. 30some years of friendship gone, because we realized at that moment we no longer had anything in common.

I’ll remind you that I went to school in California before I try to explain that a classmate with a confederate flag for his profile picture trolled every status I wrote for a week reminding me what a horrible person I was for supporting Hillary. I could write about my Dog and he’d tell me Hillary was the devil. I wished him a happy birthday and he told me how great Trump was. I had to block him on all social media as if we were 13 year old girls due to his inability to have any interaction without reminding me how much he valued a man who had no values.

Yesterday a guy who graduated a few years after I had posted a fake news article detailing how Muslims were beheading thousands all over the globe. I commented how the article was fake and he was doing more damage than good spreading unwarranted fear. But, he didn’t care. He was more concerned that it COULD happen and was angry I was calling him out. This was followed by a barrage of his right-wing friends attacking me for being a bleeding-heart liberal (I proudly am) and used insults on me until they felt they won the debate. You can’t argue with hate.

A girl who found God sometime after graduation spent all Facebook posts on her love for Jesus and Starbucks. The glory of this and the yummy of that. Jesus loves everyone, except for the Muslim that Obama nominated to be a Federal Judge. Suddenly our courts were going to be covered with tainted blood and our society was ending. When I asked her why this was such a bad thing I was reminded that Jesus would not do this. Apparently I knew more about Jesus than she did.

Earlier this week a school mate, who I once admired, offered to fist fight me because I said we should stand up against Trump as long as we could. For this he wanted to hit me. I asked him why and he responded he was 100% happy with Trump. He couldn’t give specifics other than he was going to support his candidate no matter what happens.

“I could stand in the middle of 5th Avenue and shoot somebody and I wouldn’t lose voters.” – Trump.

Those voters, it turns out, are the people I grew up with. The last year, an election year, has caused me to end over 20 friendships via social media. Alumni trolls who pop on to talk fake facts and harass me for having alternate opinions. Getting upset when I correct their logic and debating in pure memes. If I didn’t drink from the same Koolaid from them, I was a terrorist and I hated American.

I love America so it’s that reason why my heart hurts so much.

My childhood friends are almost all gone. I kept some, the good ones. They are just as passionate as I am about our future. They are educated and caring… and scared. So very scared.

I hold on to these people tightly. Tighter than I ever have before. Because through each other we can get through this. Together we can protect ourselves from the hate-filled people we once called our friends in a country we used to call home.

A-holes named Kevin Plencner and Nicholas Green stole from me, and many othersNext Article