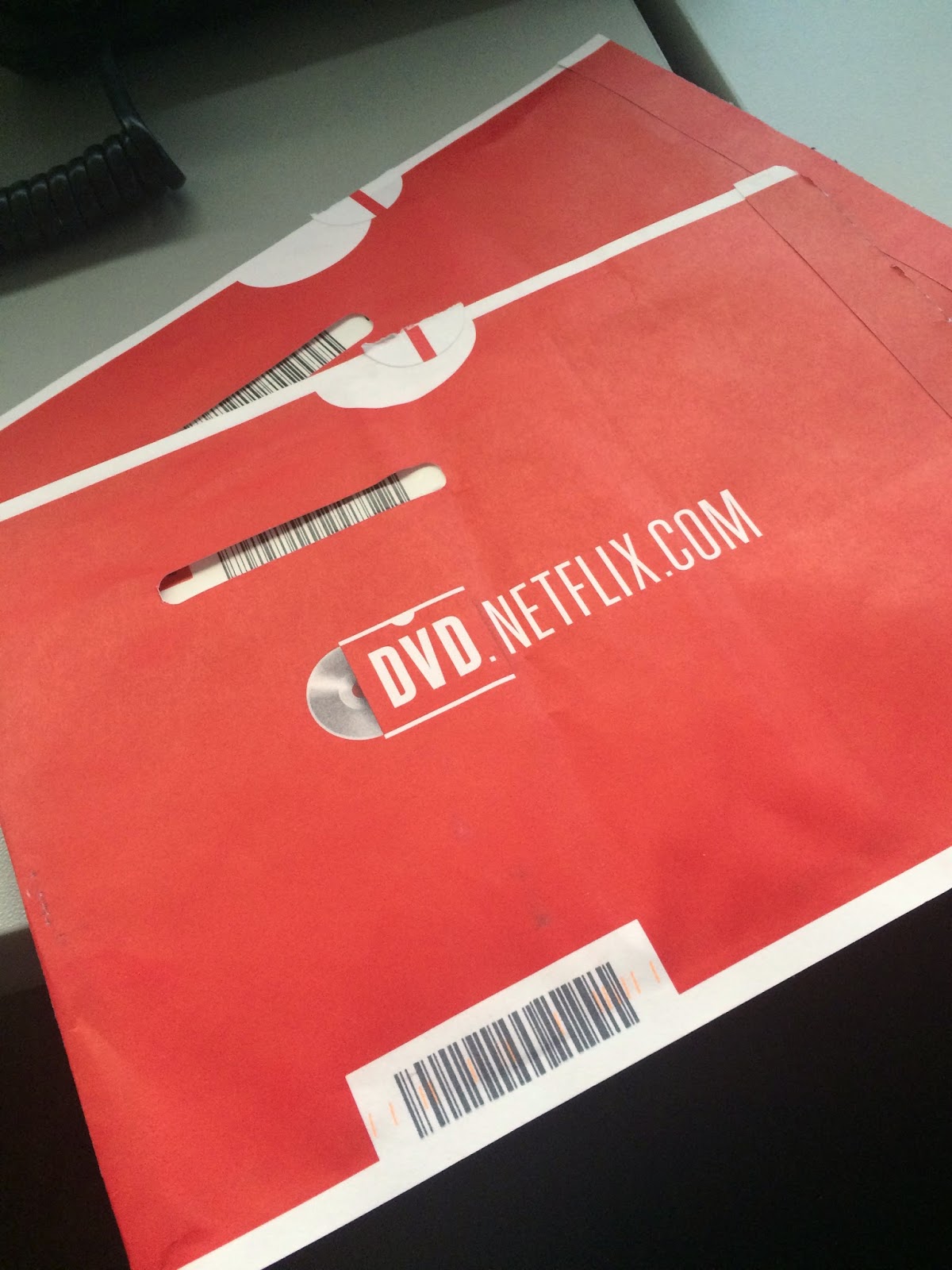 These two DVDs I’m sending back represent the end of a 15 year relationship. But it was time to admit it was turning into a one-sided relationship and that Netflix didn’t love me anymore.

Of course they still give me night time love. When we’re in bed… with some steamy streaming. But that part of the relationship I still needed died years ago.

I was just too stubborn to admit it.

Netflix doesn’t want you to get DVDs in the mail anymore and they aren’t shy at hiding it. It slowly began while they were attempting to beef up their Instant Play. I can’t blame them… it was obviously the way of the future and ahead of its time. People needed to understand how incredible it was, and in time. They did.

But there were the people like me that had special movie needs. I needed access to those indie pieces, classic films or odd docs that weren’t always a click-away. Sure I owned a crazy amount of DVDs but I can’t own everything.

Why can’t I dammit?

I kinda didn’t need to. I mean, Netflix took the post office by their shriveling testicles and made them their bitch. They achieved next day delivery even on the weekends. I’d send a movie back on a Tuesday and get a 7am notification the following day saying they’s received the film. I couldn’t do that math in my head or with a TI-30 calculator. They were knocking my movie watching socks off.

But over time that slowed. Occasionally it took 2 days. Sometimes not until late that second day. Part of this was a giant devolution in their system that no one really seemed to key in on. They quit Saturday service.

So that stunk. Patiences over amazement but I kept going. I was still a movie buff. I still eagerly awaited the release of specific films. I’d visit Rotten Tomatoes and see what was being released each week. But then I’d notice something else. There was no rhyme or reason to when movies were released and to whom.

A movie could be sold at Best Buy but not rented on Netflix at the same time. RedBox would have something but not Netflix, Amazon would get something a week before anyone else even had a release date. Consistency people… it’s like borrowing movies from my crazy ex-girlfriend.

So after digging through my long-ass queue last week I noticed that everything I wanted to see had a wait. A rather LONG wait. I found myself considering watching Captain America 2 just because it was available.

And like a bad relationship… I was settling just to appease myself.

So I ended it.

Netflix, it’s time we see other people. I will be around for instant play. I really will. But HBOGO and Amazon have been working really hard to spend time with me. I hope you understand.

We will always have our “5 at a time” memories.

Tim the Enchanter and the Rabbit of Caerbannog Costume for Halloween.Next Article