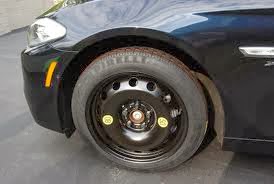 In December of 1988 I purchased my first brand new car. Of course I’m guessing the month for story stature but the year I remember specifically because of the car itself. A charcoal grey, two-door, 1988 Nissan Sentra. I almost felt like a real person that day. An adult with an adult(ish) car. Nothing was going to stop me as long as it was in the distance of my 350 miles off one tank of gas.

I couldn’t afford many improvements. I dreamed of new rims, tinted windows, CD player and even a classy spoiler (can you use those two words together?). So financially I decided to keep it stock and make my $119 a month payment best I could. But a new car is a new car. I still walked a little taller.

A few months into ownership I was living with a high school friend. We had a crappy little apartment in Fresno. We both worked crappy little jobs and took crappy little classes. We stayed up late and watched COPS every second we could. We tried to talk to girls and occasionally even brought one back. Without restraints or anesthesia. We drank cheap beer and ate enough garlic bread to kill Mussolini again. It was the average 19 year old’s life.

One morning my roommate walked outside to head to his crappy job when he came back in laughing. The annoying laughing were you ask “what?” yet they refuse to answer. They just stare at you and laugh more. He signaled me to go outside where he pointed to my charcoal grey, two-door, 1988 Nissan Sentra as I quickly noticed my car on a block.

He continued to laugh until he drove away. This almost made him as much of a dick as the tire thief. Almost.

I’m not sure what my day consisted of at this point but I remember I wasn’t in a rush. I went inside, said a few dirty words then casually went back out to put on my emergency spare.

Do not exceed 50 mph. Do not drive over obstacles. Do not attempt to meet women with a crappy spare on your car.

This wasn’t going to work.

My first thought… days later… was to call the Nissan Dealer who I learned was more than happy to sell me a new tire and rim for well over $200. Almost the same price I was looking at for the spoiler and tinted windows I wanted. Are you serious? The horror!!!

After much more thought… days later… I thought of something that obviously someone before me thought of as well. Why not just go steal another tire? Fresno almost seemed a breeding ground for Nissan Sentras. I wouldn’t have a problem finding one. And if you think about it, there was a VERY small chance, but a chance, I was going to steal mine back?

So one night… days later… I went out with a jack and a block of wood, and I stole a white, four-door, 1988 Nissan Sentra’s front tires. With success.

Did I feel guilty? I honestly can’t remember. I did feel a little as if I received justice though. I beat the crappy city I lived it. You can’t fight me, I fight back. I now have 4 almost good tires on my car.

I shared the story with my asshole roommate. Who laughed, a different laugh, but still annoying. Then went back into my barely functioning life.

I think COPS was on.

A week went by and I saw a black Nissan Sentra parked at my work. Normally I wouldn’t take notice of such a thing but this one had a key feature. An emergency spare on the front wheel.

Well now, I didn’t steal it. My victim was white. No guilt.

What if I sparked a chain of events where there was no end? What if I created a domino effect of Nissan Sentra tire thievery? What have I done?

From that day it haunted me weekly. Only a few days would go by at a time before I’d seen another Nissan Sentra driving on its emergency spare. But the scary thing was, I would never see one without. It’s as if owners couldn’t keep up with the Nissan Black Market.

I did this, I started this. I’m a horrible person. Holy crap I better get some tire lug locks.

With in a few months of that, I moved to Sun Valley, Idaho for the summer. I had a job landscaping and I had a free place to stay. It was an entire day there before I saw a Nissan Sentra with only three good wheels. Did I create a global epidemic? Is the entire Sentra world on emergency spares due to my greed and/or car poverty? I’m a horrible person.

So I’d love to tell you the part of the story where the chain of events ended. Where I stopped seeing handicapped Sentras. But I don’t. Today I STILL see 80s and 90s Sentras limping along on three tires. If not weekly, then monthly. And each time… I’m haunted. I’m cursed to drive the same highways with them forever and ever. In horror and shame.

So remember, next time you’re driving down the road… and you see a Sentra. Look to see how many good tires it has. And if only three… keep driving, don’t stop. Because if you do…

… they will steal your tire.